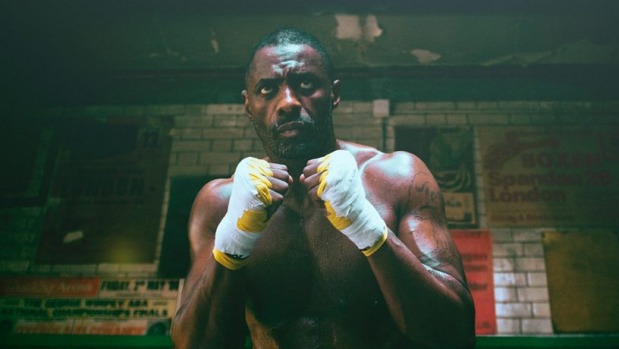 Idris Elba, who grew up in East London – home of the Krays – where being tough is the ultimate mark of manhood, chose acting over brawling.

You might think the star of Luther, an accomplished actor who has been nominated for Baftas and Golden Globes and who played Nelson Mandela in The Long Walk To Freedom, might have put his East End upbringing behind him.

Not so, for at 44 and out of shape, he decided become a professional kickboxer. In just 12 months.

And professional means just that: A year of gut-busting, morale-sapping training to make Idris Elba: Fighter, a documentary following the lead up to bouts against seasoned K-1 – a Muay Thai based mixed martial art where few holds are barred – fighters. No acting. Painfully real.

Elba says there were times when he just wanted to walk away and admit it had all been a big mistake.

“I was told in my early training that I had a pretty severe back injury and that it was going to be very tough for me to kick and do certain things. That was bad news, man. I wanted to give up.

“When you’re training for a fight, you take more losses than you take wins. You have to do 60 rounds before you win two rounds … so a lot of the time, I was taking hits and being beaten and it didn’t feel good.

“I was training with guys that were smaller than me and just different and, essentially, I was being beaten down by people that my ego thought I could handle and I couldn’t handle them.

“It’s really interesting when people talk about how I come from a part of London, or East London, where there was a lot of aggression when I was growing up.

“And everyone’s like, ‘I can fight, I can fight’, and you know what? I realised that unless you’re training the way I was training, that people will not last longer than two minutes in a real fight and that was something I went through and it was just soul destroying sometimes.”

The idea for Fighter germinated on the set of Luther, where Elba’s sidekick is Det Sgt Ripley, played by Warren Brown, who was a professional Muay Thai fighter until he gave it up at 25 to become an actor.

Brown had a friend called Kieran Keddle, who runs a kickboxing gym in East London, and Elba chose that as his training base.

Keddle says that many of the top-level fighters come from lower-income areas, “Because, in general, you’ll find that they’re hungry enough to fight and they have nothing else.

“Once you enter the gym, there’s no discrimination at all, against anybody. Everybody is the same person.”

“He was on three different movie sets and doing his music as well – he’s really into his music producing. A lot of voiceovers for things like Disney … so it was actually getting a time schedule.

Keddle was full of praise for Elba.

“We did all types of trainings. Three in the mornings, 10 at night. He never missed a session once. Never cancelled on me. And it was sometimes he came to the gym and he was exhausted from being on the set for 12, 15 hours.

“He has something about him when you go into a room or you meet him, you instantly know he’s a friendly person. There’s no rudeness. There’s no arrogance.

“And you hear about how other actors are – this is one of the busiest actors at the moment and he doesn’t have that much time sometimes. But he always makes you feel like he has got time.”