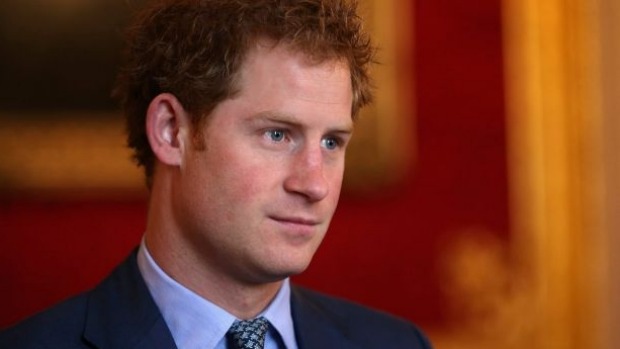 OPINION: When I started my psychiatric training we were taught what were called the five stages of grief – first described by Elisabeth Kubler-Ross, a famous American psychiatrist. The bereaved, we were told, would shift through -“denial, anger, bargaining and depression” like the gears of a car, before eventually ending up with the right outcome, namely “acceptance”.

This turned out to be good in theory, but more complex in real life. There is no right way to do it. Like love and other normal human emotions, everybody experiences it in different ways.

So, to have an advocate such as Prince Harry discussing so openly the impact of the death of his mother on his own mental health will make a huge difference to the way we discuss grief.

I think that in just 25 minutes he has achieved more good than I have in 25 years. He’s an incredibly powerful role model and has a reach that we can only dream of.

Grief is uncomfortable, unpleasant, and physically painful, but it is also a part of normal life – all of us will experience it. But sometimes it can be so prolonged or intense that it can lead to mental health problems.

Certain factors will also make a loss even more difficult to bear. You don’t really need to do a lot of research to know that losing a parent at a young age is one such circumstance.

Studies of children in this situation have found that some three years later, while most have improved, 10 per cent show no reduction in their distress.

Adolescence is a difficult time, even without bereavement. Displaying emotions in public can make teenagers feel awkward, and it is more difficult to be physically comforted.

Most of all, it’s a time when you are particularly sensitive to what others think of you – feeling constantly on display and being judged. Adolescents may not wish to be seen as the “kid that lost his or her parent”.

But what, if in addition to all that, you are also one of the most photographed people on the planet? I feel uncomfortable talking about real people, but I don’t think any of us can doubt that this must make it so much harder to come to terms with what is already such a difficult situation. There may be many things you do in the short term to lessen the pain, such as repress memories, not talk about the person you have lost, or avoid anniversaries. However, we know that if this is done for a long period of time it can sometimes prolong the grief and its consequences and make things even more complex.

I have met Prince Harry – we have a shared interest in the mental health of our Armed Forces, but I can’t say I know him. However, I do know, from what he has previously said about mental health, that he is concerned about the same things that we are.

He has spoken eloquently about the problems of over-diagnosing and over-labelling, and we have the data to support it. Grief and bereavement are not in themselves mental illnesses and we should not treat them as such.

Everybody is different and there isn’t a set way to do it.

Talking about our grief to the right person and at a time of your choosing – as the Prince says he has done – is good when you are ready.

I don’t know if speaking out as he has done is an act of courage. After all, soldiers understand more about bravery than psychiatrists. But I think this will be widely welcomed, and will make a real and positive impact.

What Prince Harry is saying is both simple and true. Talking about this is just normal.