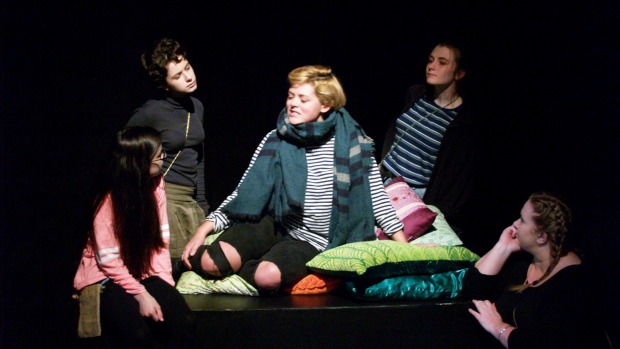 Creative costumes, an award-winning makeup artist and a script for all ages will make for a new take on a Shakespeare classic.

​Fairies will be creating havoc across the stage as the Hutt Repertory Theatre puts on its production of A Midsummer Night’s Dream.

The show will also have a steampunk flavour, with creative costumes to fit the blend of Victorian and Industrial Revolution style.

This will be Erin Howell’s third time in the director’s chair and she was looking forward to creating a show for the whole family to enjoy.

“A Midsummer Night’s Dream is quite an easily accessible play anyway so it’s a good introduction [to Shakespeare], being one of his easier plays.”

The production will also be a cut-down version of the original as some of the “really out-of-date” material was stripped away, she said. This would make it easier for younger children to watch and understand what was happening.

The biggest challenge for Howell had been dealing with a cast of 21.

“It’s a really big cast for us. We usually have five or six.”

It had been tough finding times for the whole cast to come together for rehearsals but a recent technical run had gone well, Howell said. Her 13-year-old stepdaughter had sat in on the rehearsal and enjoyed it.

“She’d never seen Shakespeare before so it was a big first.”

The cast has been busy rehearsing for the last 13 weeks, a “luxurious” amount of time compared to their normal schedule of 10 weeks.

As well as being accessible to a younger audience, the production also has award-winning makeup artist Hayley Marlow on board for the fairies and principal cast. Marlow won the Maori Myths category at the New Zealand Body Art Awards in 2010.

* A Midsummer Night’s Dream runs from April 26 to May 6 at Hutt Repertory Theatre. For details and tickets check online.