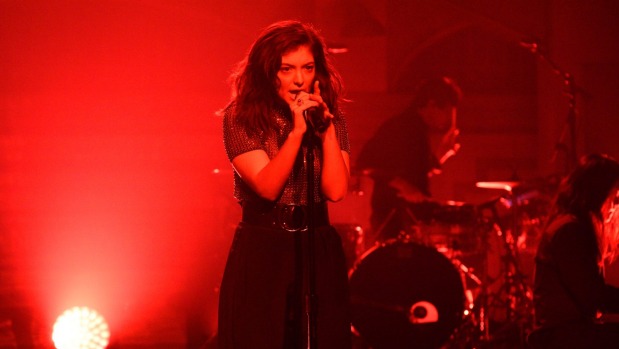 Lorde takes the main stage at the US’ largest music festival, Coachella, on Monday at 3.45pm – NZ time.

That’s nice for everyone who can get to LA for the two weekend event, but why’s is such a big deal that Auckland girl Lorde is playing the fest.

First up: Coachella hosts 90,000 people on two weekends with identical line-ups. That’s a lot of potential new fans, for a Kiwi star to get in front of.

Not convinced? These top tips on what to look our for might change your mind:

YOU CAN GO VIP

If you are forking out $1200 to fly to America in the first place, then another $400 for more comfortable facilities, some of the best food Los Angeles has to offer, better, roomier, shadier places to hang in between bands that serve a greater variety of drinks, then don’t be tight.

VIP tickets will also get you into car parks closer to the venue, and given there are a lot fewer VIP patrons, you’ll get out of said car park a lot quicker than festival goers with regular tickets (which can add an hour and a half onto an already fairly late night).

YOU CAN AVOID THE CROWDS

OK so on the first day, bright and enthusiastic, you’ve decided to cruise to the grounds early afternoon and catch those first few bands no one but you has heard of before? Sweet. Picking up the ticket won’t take very long, surely?

WRONG. You’ll have to pick up your ticket at a completely different venue 20 minutes from festival grounds, and you’ll have to get in line with all those collecting a shuttle pass, which is basically everyone at the festival, ever. Enjoy waiting in the line while your make-up sweats off your face in 40C heat and while you think about those bands you’re going to be missing after you slide into the grounds at 4pm. Avoid the queues and get your wristband sent to your home address (US$25 NZ$36).

WEAR A BANDANNA, EVEN IF YOU LOOK CRAZY

Sure, you might look like you’re about to rob a stagecoach on Highway 101, but trust me on this one, you’re going to need it to avoid breathing in a volume of dust equivalent to that found at the Sahara.

If you’re not convinced, even after encountering a two-hour dust storm on the first evening blowing grit into your eyes, nose and mouth, bear in mind the real consequence is a week later when you’re trying to kick back on holidays and you’ve come down with the worst sinus infection known to man that ruins your entire holiday. Just wear one, OK?

ALCOHOL: CAN YOU BE BOTHERED?

This may be a rock music and arts festival, but surprisingly, this is not a drinkers’ festival. The drinkers are separated from everybody else and you’ll need a wristband to enter these areas, which also contain food and are subject to long lines at night, followed closely by long walks to long lines at the loos.

They’re also far, far away from the stages and you’ll miss a lot of music spending time queuing and drinking. Oh, and you cannot bring your drinks out of these areas either – which prevents rubbish being a major problem at Coachella. Here you’ll also find the most expensive drinks in America, with the average beer costing US$10 (NZ$14) and spirits US$12-15 (NZ$15-21), at half the usual measure. Ouch! Which brings me to my next point.

PORTALOO: NOT A DIRTY WORD

Despite what you may hear the old portable loos at Indio are not that bad. I thanked the rock gods there was always paper, the wait times were short, people were generally polite and for those princesses out there, or those who are perhaps too old for festivals, there were vans at the back of the portable loos that even had things like full length mirrors and sometimes even AIR CON.

And I did hear one lady punter complain about the lack of air conditioning in one of the facilities. We’re in America – there’s always water, soap and toilet paper available. Hurrah!

EAT ALL OF THE FOOD

The food at Coachella punches some major weight. In fact, vendors gets their own lineup on a poster and only the coolest and brightest stars of the Los Angeles food scene and its enormous food truck population make it in. The one disappointment is that some of the best – Pok Pok (Andy Ricker), Commissary (Roy Choi) and Sweetfin, I’m looking at you – are ONLY available in the VIP sections, but you can always beg someone to bring you some food from the specialty vendors out, or do yourself a favour and get a VIP ticket.

You’re going to want to try everything and most of the meals are entree-sized at main prices, so bring lots of money as well as an appetite. If you can’t get into the VIP section there are plenty of Coachella specialties that you must try, like spicy pie pizza, crab fries and coffee ice cream. Vegans are catered for and you can get fresh fruit cups and salad bowls. And coffee. Lots of coffee. You’ll need it. If you’re feeling like splashing out or tire of bands you can dine at Outstanding in the Field, a four-course dinner prepared by celebrated chefs in the Coachella Rose Garden. There’s also pop-ups from chefs like Roy Choi and Andy Ricker, who offer a more casual three courses for entirely reasonable US$50 (NZ$71.50).

They are mad for fashion at Coachella, apparently, and although you’ll feel the pressure to dress like a lithe bohemian that’s just stepped out of an extortionately expensive thrift store in Laurel Canyon, then all you’ll need to wear to fit in is the following:

Bonus points if you can stand around in ankle boots or can get away with gladiator sandals all day, wear some kind of huge neck piece and make up that doesn’t sweat off your face in the first hour.

DO NOT FORGET A SCARF. DO NOT WEAR A ROMPER. Rompers + portable loos = disaster. Crochet dresses are so 2016. Underwear seems to be a perennial winner.

And you’d be wise to bring a jacket for nights or you’ll end up buying a very expensive hoodie from the souvenir stand with all proceeds going to Calvin Harris, or similar. At nights you’ll be beyond caring and no one will be able to see you anyway.

WHICH BANDS DO I SEE?

Write a list of bands you want to see – and then halve it. By day three you and everyone else’s enthusiasm has waned after spending Saturday night shouting along to Guns’n’Roses for  two hours. Your only interest will be sitting on the grass and drinking something cold with the music as a bonus background piece.

Earlybirds, take note – your rush to see the unknown band at 1pm may not be such a bright idea if your favourite band is headlining and you won’t get out of the grounds until 2am, especially if you plan on going all three days running.

One of the many celebrity entitlements at Coachella is a huge area of space from the left hand side of the stage to the centre. Approach the stage from the wrong side and you’ll find yourself blocked from entering by a burly security guard while celebs potter in just as the band starts, get bored, and potter back out again.

That being said, it’s also your best chance of spotting a celebrity offstage – my big sighting being Tommy Lee, who noone under the age of 30 has heard of. And I sure hope the entourage of young women with him were his daughters. But if you want to be up front for your favourite bands, head to the right of the stage.

From industrial armpits to giant insects, a massive part of the Coachella experience is its art. Throughout the polo grounds you’ll see art featured from artists around the world and if you don’t come back with an Instagram account full of pictures of these colourful and fun installations, then you obviously left your phone at home.

It’s so easy to drive in and get a park. But leaving is another story, because you’ll be leaving at the same exact time as every other person at the festival is.

You can’t choose your park but beware that an early arrival is your best bet of snagging a park near the exit, otherwise you’ll be waiting an hour to leave the car park at 2am, which is a killer.

You can pay for VIP parking but it’ll cost you $US150. A shuttle bus to and from local areas for the entire weekend is a mere $US60, which may be your best bet.

Coachella hosts 90,000 people on two weekends with identical line-ups Tickets go on sale in June with the remainder going on sale in early January, and tickets sell out fast Coachella grounds are approximately 30 minutes away from Palm Springs You can pay for your tickets via seven monthly instalments – yes, really!