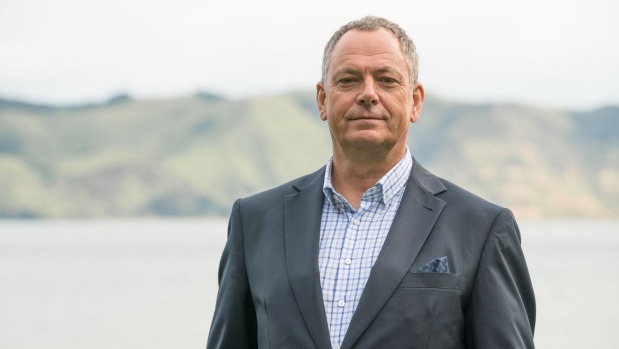 Each week, we ask a high-profile New Zealander to share a photo memory. Peter Elliott is one of New Zealand’s leading actors, currently starring in TVNZ’s 800 Words and also known for his roles on Shortland Street, Gloss and Homeward Bound.

I was born in Christchurch, in my mother’s bed in Hare St in Upper Riccarton. I trained at the Court Theatre in Christchurch for many years. That was basically my genesis really.

I went to Linwood High. I was into music – I played percussion and drums and things for the school band and school orchestra. I had no interest whatsoever in actors – I thought they were wankers. And I’ve seen little to change my mind since.

I joined the Court Theatre when I was 23. I had a wealth of jobs – I call it a wealth, other people would call me serially unemployed. I worked in advertising at the Christchurch Press, I was an apprentice photo engraver at one stage, Peter Jackson was learning the same skill at the same time, in Wellington. I picked apples and I drove trucks and I assembled international harvesters and I built tractors and I worked as a storeman and I made chilly bins and surf boards and all sorts of stuff.

I started off doing musicals and a bit of singing and a ballet, and that sort of thing. I did a ballet and I was just an extra popping round. We did a couple of outdoor shows at Jellie Park – we did Around The World in 80 Days where we had balloons and boats and trains – it was just the most amazing fun to do as a live performance. That sort of whetted my appetite to get back on stage.

I’d always had an inquiring mind, I loved the process of discovering character and getting the background of the play. That was my initial gateway into becoming an actor.

I got a friend to take the photo when I was trying to get an agent. I actually found one but he turned out to be an actor and needed more work than I did. In the end, I came up to Auckland and did some decent headshots with Robert Bruce, my first serious agent.

I was always an insecure kid, I didn’t believe that I had any worth, really. I was a shy kid, and too pretty, and sort of didn’t fit in any of the circles. Among rugby playing, hairy legged boys – I was a very tall, very thin, almost girl-like looking guy, who was straight. That was kind of a weird combination. It took me a long time to grow old enough to have enough bags and wrinkles and sags to go, “Actually, you’re a human being in your own right.”

The first time I became happy in my own skin on camera was when I did Captain’s Log which wasn’t until after Shortland Street, really. It was quite an interesting process for me at the time. One of the producers said to me, “Peter, you’re a man in search of his own waka.” As I was talking about where we came from in Cook’s wake, I was also making a bit of a discovery about how I fitted into my own country.

Up until then, I didn’t believe I was worth anything, just that I could create something that might be worth something.

Peter Elliott stars in the finale of 800 Words which screens on April 26 at 8.30pm on TVNZOne.