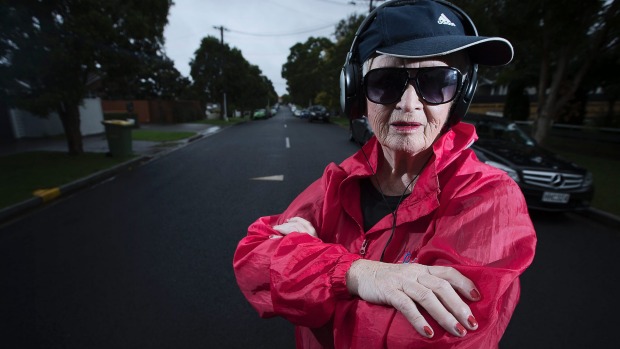 Sixty years ago Sheila Summers was told she couldn’t sing, now she’s forging a stage career as a rapping granny.

The group of more than 40 singers, all over the age of 70, sing strictly rock and pop songs, usually favoured by younger generations.

NZ Young@Heart Chorus was formed five years ago, inspired by an American group of the same name which shot to worldwide fame more than 10 years ago through documentary Young@Heart.

The group challenges the perceptions of aging and promotes the importance of music for lifelong health and wellbeing with songs by Adele, One Direction, Pink, Bon Jovi and Michael Jackson.

The Royal Oak resident loves to rap but hasn’t sung since she was 17 years old, when a choir leader told her she wasn’t cut out for it.

But after joining the NZ Young@Heart Chorus as its secretary five years ago, the choir’s musical director Chris Bevan recommended she try rapping.

“For years I’ve been an actress and using my voice so the idea of using it in a modern way is quite fun.

“When we go out to schools, the kids have no idea and they just roar – to see an old lady get up and rap.”

Summers, who raps to Pink’s Perfect and Taylor Swift’s Shake It Off, said she did not get nervous before shows.

“When you’ve done poetry speaking and Shakespeare as I have, rapping is not that hard – you just have to keep to the beat.

“Funnily enough, I always slip into an American accent every time I rap.”

The NZ Young@Heart Choir is a family affair for Summers. Her husband Norman is also a member – he’s a baritone and sings Adele’s Hello.

Summers’ daughter is the group’s stage manager and her grandson plays the guitar.

Young@Hearts Choir was filled with “a lovely bunch of people”, she said.

“When you get a group of older people together, they are so supportive and willing to have fun and really live life everyday – you do that when you’re over 80.”