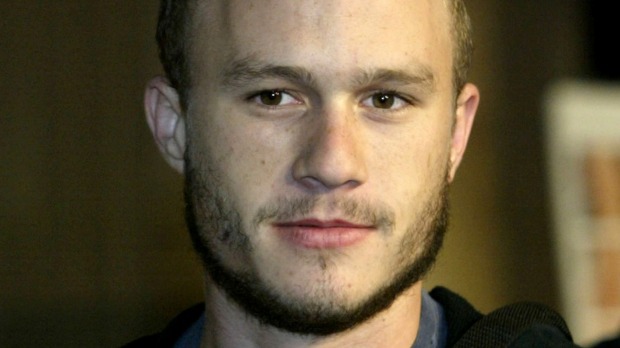 Nine years after his tragic death, Heath Ledger is the subject of a reverential new documentary.

Through intimate home videos and interviews with family and friends, I Am Heath Ledger celebrates the life of the captivating Australian actor, who died in 2008 of an accidental overdose of prescription drugs at age 28. The 90-minute movie premieres at New York’s Tribeca Film Festival on April 23.

READ MORE: * Heath Ledger ignored sister’s warning before he died * Matilda not having her dad Heath Ledger ‘won’t ever be right’ – Michelle Williams * Heath Ledger autopsy proves inconclusive * Ledger will leaves all to parents and sister

Here are six surprising and emotional discoveries about the multi-talented star:

1. LEDGER HAD AN AUSSIE CRASH PAD IN LOS ANGELES

At 19, Ledger moved to the United States to pursue his acting career, quickly finding breakout success in romantic comedy 10 Things I Hate About You in 1999 and period epic The Patriot a year later. But even as his profile rose, he always kept his Australian friends close: welcoming then-unknown actors including Ben Mendelsohn, Joel Edgerton and Rose Byrne to live with him and then-girlfriend Naomi Watts at his Los Feliz estate, oftentimes for weeks and months.

2. HE TURNED DOWN SPIDER-MAN

Ledger started feeling the mounting pressures of fame with his starring role in big-budget comedy A Knight’s Tale in 2001. Close friends said he was “mortified” by the spotlight, leading him to take riskier roles in dramas Monster’s Ball and The Four Feathers. It was around that time he was considered for the lead in Sam Raimi’s Spider-Man, which eventually went to Tobey Maguire. “He said, ‘That makes no sense for me, I can’t possibly be Peter Parker,’ ” his agent Steve Alexander says.

Brokeback Mountain’s closeted gay cowboy Ennis Del Mar was a career-defining role for the actor, who earned an Academy Award nomination for his performance, as did his co-star and girlfriend Williams. Director Ang Lee remembers their relationship blossoming on set in summer 2004, with Ledger holding Williams’ hand all the way to the hospital after she twisted her knee on the first day of shooting. He “tried to comfort her and it was pretty obvious he was interested in her,” Lee says. They welcomed a child, Matilda, in 2005 but split two years later. (Neither Williams nor their daughter are interviewed in I Am.)

I Am devotes much of its time to Ledger’s other creative pursuits, including photography, chess and most prominently, music. In 2007, he started a record label, Masses Music, with Harper and directed a music video for the singer-songwriter’s Morning Yearning. Harper recounts how two years prior, Ledger called and asked him to write a lullaby that he could sing to his daughter when she was born. “He became more of a dad than an artist,” Harper says.​5. THERE’S A REASON THE JOKER LICKS HIS LIPS SO MUCH

Ledger posthumously won the best-supporting actor Oscar in 2009, for his chilling, maniacal take on the Joker in Christopher Nolan’s The Dark Knight. In a voiceover, he explains how he spent six weeks locked in a room trying to come up with the villain’s now-iconic voice and posture. Ledger also did his own makeup and frequently licked his lips as a way to keep his scarred mouth prosthetic in place, which became a character trait seen throughout the movie.

Somewhat frustratingly, I Am skims over the circumstances around Ledger’s death. While the film does touch on the fact that he struggled with anxiety and insomnia, and developed pneumonia on the set of The Imaginarium of Doctor Parnassus, it does not offer any new insight into his final hours or the mixture of drugs that killed him.

Instead, the last 7 minutes are spent with Ledger’s family and friends as they heart-wrenchingly recount the day he died. Among them was director Matt Amato, who was on the set of Bon Iver’s The Wolves (Act I and II) music video with singer Justin Vernon when he heard the news. The shoot became a “three-day wake,” Vernon says, and ultimately inspired his 2011 song Perth, which was written about Ledger’s upbringing in Australia.