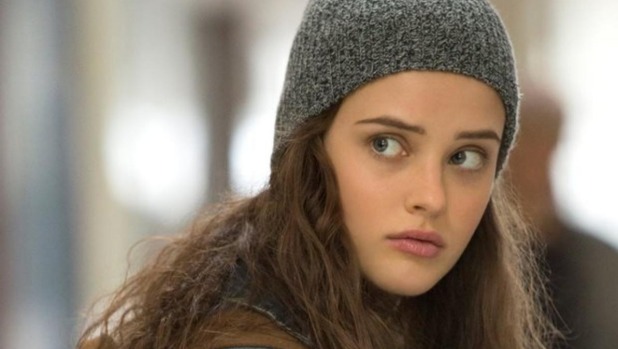 OPINION: I get the hype. I get the outrage. But I couldn’t stop watching it.

As a clinical psychologist, I felt duty bound to watch Netflix’s controversial television series, 13 Reasons Why, based on Jay Asher’s 2007 novel. I wanted to understand the why behind the Why, to see if its US producers had gone too far in their graphic depiction of a teenage girl’s suicide and the events that led to it.

It’s a difficult watch. The rape and suicide scenes are shocking and, because they’re born of the ordinary stuff of high school life, it’s not possible to sit through the series without a jag of fear in your chest.

Obviously, 13 Reasons Why is not for everyone. It needs bold censorship around age and it should carry a neon flashing trigger warning for those who have, in any way, been touched by suicide or sexual assault. Some content may spark flashbacks, nightmares, anxiety and other symptoms of trauma.

But, even if you can’t go there, the show’s key messages are worth absorbing (or debating), especially if you’re responsible for the health and safety of adolescents, including the toughest job of all: raising them.

So here’s what it’s all about:

Derogatory names/labels can stick and hurt: many studies show the psychological outcomes of bullying (ie. depression, anxiety, aggression, withdrawal, low self-worth, self-destructive behaviours) can be as severe as for physical violence. The lead character, Hannah, is “slut-shamed” after a picture of her first kiss goes viral –  that she can’t escape that label has devastating consequences.

Adolescence is confusing. It’s a time of change and firsts: a changing body, unfamiliar thoughts and feelings, first relationships and sexual experiences. It’s important young people have at least one mature person they can talk openly to –  and it’s okay if that person is not their parent.

Peers become a bigger influence than parents in adolescence. Fitting in is everything. Lonely or isolated young people need extra support, encouragement and help to find people who accept and like them.

Some people will turn a blind eye to another’s struggles or things they know are wrong to avoid trouble or to preserve their own place in the world. Sadly, these people are sometimes those you thought were friends.

Young people, who are just beginning to develop self-awareness, can tend to globalise negative feelings which can distort their thinking and make things seem worse than they are.

For example, a single hurtful text message could be interpreted as everybody hates me; everybody thinks I’m a slut; my life is not worth living. Struggling adolescents may need help to take perspective.

Consent is not just about saying NO. Legal debates lean heavily on whether the person stated clearly they did not want to have sex. But the context matters. People are not always capable of saying no  –  they may be impaired by alcohol or drugs; sometimes, fear/shock can hinder the capacity to speak or form the right words.

Young people need to know silence isn’t a green light to having sex –  and it’s OK to change your mind at any time.

School counsellors, psychologists and therapists should follow a process or therapeutic model with students/clients, particularly around safety issues. 13 Reasons Why delivers a poor example of a risk assessment when Hannah seeks help from the school counsellor, who fails to ask the hard questions: Are you thinking of killing yourself? Do you have a plan? What is that plan? What’s stopping you from acting?

When Hannah makes a rape allegation he gives her only two options: to take legal action or to “move on”  –  there’s no safe space or opportunity to explore her feelings. He lets her leave his office without a safety plan. He fails to follow up or seek her permission to involve her parents.

Young people should be aware keeping quiet when a friend is struggling may make them complicit in a difficult, or even tragic, outcome. While silence may not be a crime legally, they may be shunning a moral responsibility –  and that can be hard to live with.

Young people can struggle to express their feelings because they don’t fully understand or can’t identify them. Or they don’t have the emotional language to bring what they want and need to say out into the world. It is a skill worth developing.

Our teachers don’t need more work. But there’s an overwhelming need for young people to be educated in dealing with emotions, thoughts and how to manage relationships. Mastering calculus might aid your career prospects but it won’t enhance your life the way understanding yourself, and being able have healthy relationships, will.

Suicide fallout is most often depicted as immense sadness after the event. It is powerful to see the unfolding of the events that led up to Hannah’s suicide and their cumulative effect on her mental state. It can help us all understand the potentially devastating impact on others of our words or actions (or things we should have said or done.)

There will always be a “Bryce”. Bryce is the show’s sexual predator, he’s a star athlete, a jock. Bad guys are not always jocks – and they’re not always guys either – but there are people out there with bad, or even criminal, intent toward you.

Bryces need to be collectively called out for their actions, and young people need to know how to set safe boundaries for themselves.

If you’re in the camp that believes the series glorifies suicide because of the attention Hannah receives, think again. Hannah’s pain and that of her parents and some friends is raw. Critics also claim that in making the tapes she carried out a witch hunt, something a depressed person may not have the capacity to do. But perhaps she was just trying to make sense of what had happened to her and who propelled her down that path.

Whether it was the absolute truth or not, it was her truth – and that’s what people act on.

Karen Nimmo is a New Zealand clinical psychologist who specialises in health, weight and body image, relationships and sport. If you want to talk more her, you can message her on Facebook, tweet her, or visit karen@onthecouch.co.nz.