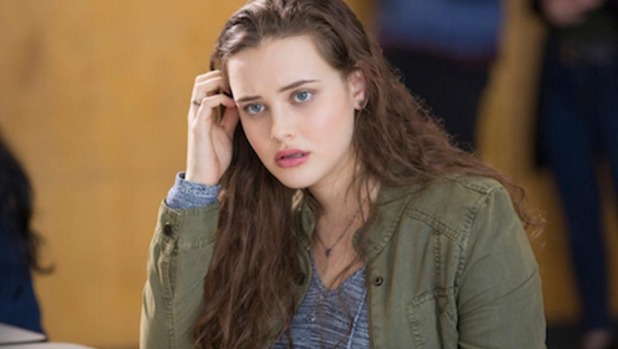 I didn’t like 13 Reasons Why. Should I be expecting a tape tomorrow?

The show is based on a girl named Hannah and begins after her suicide. 13 people receive a tape detailing why they are responsible for Hannah’s suicide. Bravo Hannah, bravo!

Now, first things first… Hannah. I feel no compassion or sympathy for her. Nada.

Hannah is set up as a revenge-seeking teen, rather than a struggling young woman who deserves your compassion.

She struggles to finalise the 13 people she should send a tape to. Now, for a person who wants to commit suicide, I fail to understand where she gets the strength and motive to make all of these tapes. More than suicidal, I found this psychotic.

My biggest issue with the series is that it fails to emphasise the biggest problem with suicide – mental health.

While 13 Reasons Why does present a more direct take on suicide and its factors (such as bullying), it fails to subtly state the actual underlying reason for suicide.

Today, “mental health” comes with such negative connotations. People assume mental health means people are mad. I wish the series had focused more on the importance of understanding a depressed or suicidal person’s mental health. Perhaps then it would’ve evoked some sort of empathy from me.

The thing which annoyed me the most was that the series appeared to presume that it’s alright to blame someone for suicide.

Someone states in the series “we all killed Hannah”. Yeah right! You know when someone dies (be it a suicide or naturally), family and friends always feel a sense of “survivors’ guilt”. The question of “what if?” always remains.

Hannah, who subtly blames everyone but herself for her actions, is plainly wrong.

While certain characters – Bryce, for example – may have lead her to the doors, it is without question, Hannah herself who chose to open the door.

The idea of committing suicide is yet too real for anyone who knows a person in their life suffering from depression.

What I find most disturbing is that Hannah finds the real power (of revenge, in my opinion) after her suicide.

The tapes are her weapon. I find that morally wrong, for it sends out a disturbing message to the teens and youths of today.

As it is, they are very gullible – is it alright to romanticise suicide in such a manner? I don’t think so.

I felt sympathetic towards Clay. It’s clear the show is condemning him for never stepping in.

Hannah herself states Clay’s name doesn’t belong on the list, but the show highlights the idea that if Clay had loved Hannah, she would have lived. This seems thoroughly immoral.

My question is, is it alright to force someone to love you? It’s really a sad and depressing message for kids, to state that it’s alright to blame someone for someone’s death because they never loved them. Totally wrong.

If someone decides to commit suicide, then no amount of kindness (as this series attempts to portray) will change their mind. It may help to soothe them for a bit, but it will not fix them.

I found the suicide in the series provided just “shock value” and nothing else.

I, for one, will not be recommending this series to my nieces or nephews. 13 Reasons Why tries to tackle the taboo subject of suicide, but it just ends up glorifying it. It’s a “no” from me.

Kidsline (open 24/7) – 0800 543 754. This service is for children aged 5 to 18. Those who ring between 4pm and 9pm on weekdays will speak to a Kidsline buddy, who are specially trained teenage telephone counsellors.