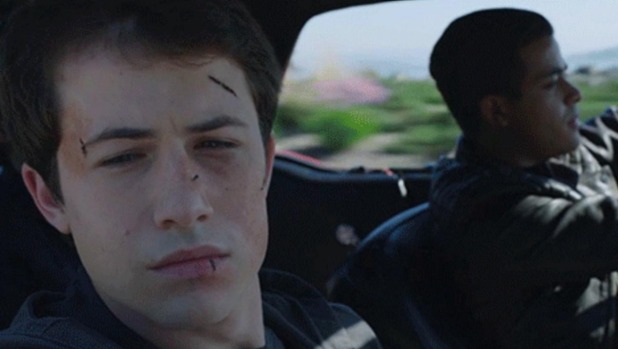 I watched 13 Reasons Why in its entirety and, it may come as no surprise, but I was mortified.

Yet I was not mortified for the reasons I see popping up all over the internet, like someone who thought the show was glorifying suicide.

I was mortified because of how real it was.

In this technology era, there is no hiding. There are no safe places. 13 Reasons Why simply shows us how we are all treating each other on a regular basis.

Right now, your child (if you have one) will be in the middle of a battle, whether they are bullying someone else or being bullied themselves.

And according to the aforementioned piece, it isn’t that bad. It’s all being glorified to sell to viewers. Bollocks!

If anything, 13 Reasons Why​ undersells exactly what is going on in life. In schools, workplaces, social media groups and hangouts – our actions in everyday life affect those around us, both positively and negatively.

But one thing is certain, every action has an equal and opposite reaction. How much effort we put into bringing another person down, or making them feel less than average, is exactly how much effort it requires in an opposite direction for them to combat that action.

Why aren’t we all watching this and saying to ourselves: “Wow, I remember that guy I gave grief for four years at college. I wonder how he is and if I can make amends?”

Because it’s all glorified? It doesn’t matter? People with a chemical imbalance will just kill themselves, anyway?

Why isn’t every single person whose moral compass points in the right direction out there trying to make good on past evils?

There is no simple answer.

But I will say one thing: the world would be a better place if shows like 13 Reasons Why were taken seriously by everyone.

Instead, they get belittled and made fun of by the same people who would probably have no issue giving people a hard time in school, the workplace or on a Facebook post.

I haven’t personally dealt with the suicide of a family member. I haven’t had a lot of pain and loss in my life. But I know that if I were able to stop someone else doing that to themselves and their loved ones, I would do my best to stop it.

It’s high time suicide, mental illness and other people’s feelings became a priority – not just something we sweep under the rug, or play off as not being serious. We could all use a little reality check.

Kidsline (open 24/7) – 0800 543 754. This service is for children aged 5 to 18. Those who ring between 4pm and 9pm on weekdays will speak to a Kidsline buddy, who are specially trained teenage telephone counsellors.