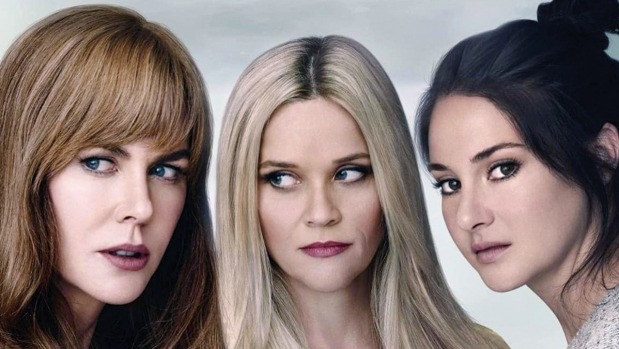 WARNING: This article contains spoilers for the final episode of Big Little Lies.

Big Little Lies lied to us.

It led us to believe, initially at least, that it was a sexy, glossy drama about petty rivalries in an affluent suburb, with pushy mothers battling each other for superiority in the pecking order, where the superficial trumps substance.

And now, with the airing of the final of its seven episodes, it has emerged as anything but squabbles among middle-class women with fabulous hair and nice houses.

It has proven to be a brutal, chilling insight into domestic violence and its lonely, hidden horrors – and the show belongs to Nicole Kidman and her staggeringly affecting portrayal of Celeste and the insidious trauma of her world.

It is hard to imagine television more powerful this year than the conclusion of Big Little Lies.

It was Kidman who initially got in touch with Big Little Lies Australian author Liane Moriarty in 2014 and went on to co-produce it under her Blossom Films banner alongside Reese Witherspoon’s Pacific Standard production company.

The series has abundantly delivered on its aim of depicting real experiences of mulit-dimensional women – the good parts, the bad, the flawless and the flawed. It also meets the drive to deliver a rare vehicle engendering staggeringly excellent performances by women – and not just the lead roles, but all of the female characters.

Witherspoon’s plain-talking, sharp-tongued Madeline has provided much of the show’s biting humour, as she negotiates her way through motherhood and an unsatisfying marriage.

Shailene Woodley’s vulnerable Jane serves up much of the narrative thrust of the show as she battles the daily struggle of life as a single mum and rape survivor.

But it’s Kidman’s quiet terror that reveals the true colours of Big Little Lies as a stark and raw, ugly look at domestic violence and sexual assault.

It’s a path that leads us, at the long-awaited trivia night, to a conclusion that shows women as an instinctively, unshakeable, unifying force.

And as the true story unfolds, the tension is ramped up by the immense skill of director Jean-Marc Vallee (who previously collaborated with Witherspoon on another work about flawed but empowered women in movie Wild) and screenwriter David E Kelley in withholding information from us.

As the episode begins, there is a shot for several moments of a bathroom window with the blinds drawn. We can’t see in but if we strain we can just make out the sounds of violence and distress inside and the hidden brutality of what goes on behind closed doors.

It cuts to a cowering Celeste on the bathroom floor, hair all tousled, lying in the foetal position with a hand weakly outstretched towards Perry (Alexander Skarsgard) an exhausted, pleading signal for him to stop.

It’s horrifying viewing and Kidman deserves to haul in the awards for this scene alone. It’s a stark display of the isolated battle of domestic violence, the resignation and defeat of being an incapacitated heap on the floor.

Equally as affecting is another scene where amid the whirl of the build up to the long-awaited trivia night, with Perry and Celeste dressed up in the event’s Elvis and Audrey theme, he lets drop that there was a call from the property manager of the apartment she is secretly planning to flee to.

He delivers the jaw-dropping bombshell completely impassively. Celeste says little, only letting the enormous gravity of what has just happened, and the sense of panic, confusion and fear about what’s to come, play out all over her face.

There’s also the impact on Celeste of discovering that her son Max is the one physically bullying Amabella, the daughter of Renata (Laura Dern), not Jane’s son Ziggy. And it’s not the impact of her son misbehaving that upsets Celeste so, it’s the devastating realisation that despite her son never actually sees the violence in their home, he knows it’s there and it has become learned behaviour.

And so the fundraising trivia night becomes the unlikely catalyst that brings everything to a head.

“Never had a trivia night end in bloodshed before” understates one of the talking heads being interviewed by the police that weave throughout all the episodes.

Breaking up the tension is the slightly unfeasible talent contest, in which Madeline’s poor husband Ed (Adam Scott), delivers a tune depicting his own futile, unrequited marriage with The Wonder of You.

But undercutting it all is a desperate Celeste, it becoming obvious from brief glimpses of her around the party that something is very amiss, particularly to Bonnie (Zoe Kravitz), Madeleine’s ex-husband’s zen-loving wife.

Celeste, Bonnie, Jane, Madeline and Renata are all drawn together outside when Perry comes to confront his wife.

In a staggering move, Jane’s horrified face reveals that Perry is her rapist, picked up instinctively, silently by the other women. It’s a shocking scene, drawn out as the impact hits home with slow-motion shots and flashbacks.

Time again flashes back and forth between the aftermath of the “bloodshed” and revealing what really happened. Perry meets his demise with a fall down the steps, at the hands of the least unlikely of candidates in Bonnie, but the women tell the police the same story, that he fell as he was attacking Celeste.

And that’s it. Perry is gone. Cut to all the women and their children on the beach together: a unified, safe, if traumatised collective of survivors.

Big Little Lies sucked us in with glamour and tore off its shiny veneer to reveal the ugliness of the insidious, indiscriminate presence of violence and sexual assault.

And it gave us characters who were so richly fleshed out: human, accomplished, perfect, imperfect, scared, confused and negotiating life, marriage, parenthood and abuse in the best way they can.

It’s unfortunate but not unbelievable that in 2017 a drama like this would still get singled out as a novelty in featuring strong female voices leading the narrative.

The bottom line is it is utterly brilliant television and defies expectations in every sense. Big Little Lies led us to a collection of confronting truths and it did so with the best of storytellers, both in front of and behind the camera. Exceptional.